In an earlier post I described how I copied the lettering for the San Clemente depot to a piece of paper and used the carbon copying method to transfer it to the walls. 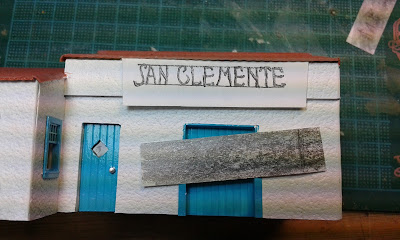 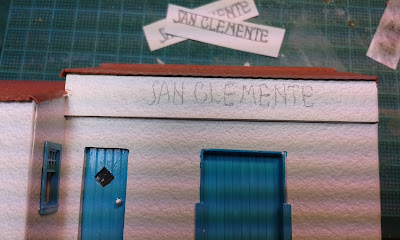 Then I used a black marker pen to highlight the lettering 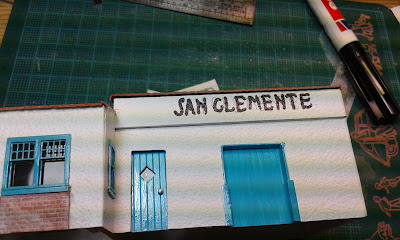 But my handwriting skills are not the best, so I decided to browse my different MS Office fonts until I found one that comes close. 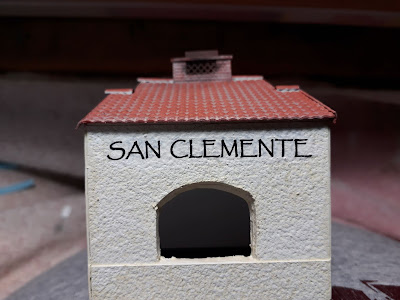 This font is called "Papyrus" and contains some elements of the original writing. 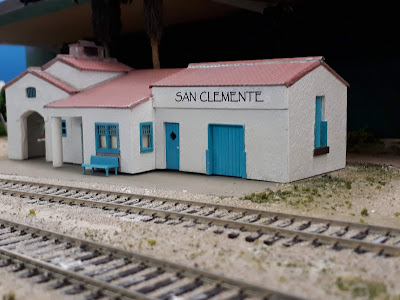 Although not one hundred percent correct, it looks not too bad on the model.